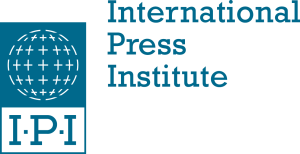 The OnTheLine Database is an International Press Institute (IPI) project that aims to systematically monitor online harassment of journalists as a response to their reporting.

Currently, the Database reflects data collected on Turkey since January 2016 and on Austria since September 2016. Additional countries will be included at a later point.

The online harassment of journalists and independent news sites – particularly in the form of targeted efforts led by states or powerful non-state actors – presents a serious threat to free expression in the digital space, which has traditionally been a safe haven for media operating under repressive regimes. This project seeks to understand the scope of online harassment and its impact on journalists and the free flow of information. Although this issue has been the focus of growing media attention, most coverage so far has been based on anecdotal evidence.

What specific data is IPI collecting?

We are collecting instances of online attacks on journalists using digital means and classifying them according to four categories: threats of violence, abusive behaviour and technical interference. Each of these categories contains subcategories that the user can view in the “Overview by country” section. These subcategories include, for example, death threats, rape threats, verbal smears, doxxing and the hacking of social media accounts. These categories were developed deductively and revised based on inductive analysis.

Each instance of an attack is then analysed using additional variables such as the type of victim (journalist, blogger, news site, etc.), the victim’s gender, the means of attack (e-mail, Twitter, Facebook, etc.) and the context that appears to have motivated the attack (religion, politics, etc.). The user can search using these variables in the Database’s “Explore” section.

We define an “instance” as an individual attack against a journalist or news outlet carried out online. A “case” refers to a related series of instances (example: If a journalist who published an article criticising a local mayor received five death threats, each of those threats is an instance, while taken together the five threats form a case).

The user can view different cases in the “Cases” section. If a victim does not wish to make his or her identity public, the case is left anonymous. In such situations, we may still feature some non-identifying information that is of value to researchers, academics and journalists.

What is not included in our scope?

In line with IPI’s more than 65-year history of defending press freedom and the free flow of information, this project seeks to highlight digital attacks whose intent or effect is to intimidate journalists or news outlets into silence. However, this project’s purpose is not to shield journalists from criticism or promote the criminalisation of online speech.

This crucial distinction is reflected in the categories of messages we collect and process. In addition to threats of violence, including sexual violence, we only collect messages that seek to harass, humiliate or discredit individual journalists or news sites through the use of verbal abuse, insults and smear tactics. Messages that engage with or criticise news content – however harshly – are not part of our analysis and, indeed, are protected by freedom of speech and opinion.

Examples of the types of messages we collect are: “I can’t decide which swear words and insults should be used for you. You can’t be that much of a whore, pimp, and an ass giver. Were you born in a toilet?” (an anonymous Twitter user in response to a journalist’s posting of an article); and “Our country will be more peaceful when the government resigns and the president leaves politics, right? You are sons of a bitch, parasites, now fuck off!” (another Twitter user, addressing a journalist who posted a status update questioning Turkey’s future).

Finally, we do collect evidence of harsh criticism against news coverage when this appears to be part of a coordinated campaign to intimidate a journalist or media outlet into silence, especially when this campaign appears led by a government or powerful non-state actor. Determining whether or not such a campaign exists requires careful analysis of each instance, viewing the case as a whole and understanding the full context. This is an ongoing learning process that leads us right to the next question.

How does IPI collect and process instances of the harassment?

Due to the very nature of the phenomenon we are analysing it is not feasible to obtain a “representative” sample of data on violent and intimidating threats on social media as there is no defined population. Therefore, the data displayed is what our researchers on the ground have been able to detect, collect and process using an array of methods.

In the case of Turkey, our researchers conducted daily monitoring on Twitter, which is Turkey’s primary social media platform and the one on which the main political conversation takes place. Using software such as TweetDeck, we created lists of journalists, topics (hashtags), government officials and known troll and monitored their activity. We began by manually collecting screenshots of threats on Twitter or smear attempts masquerading as news articles on pro-government sites. As the project developed, we introduced open-source software such as NodeXL to retrieve tweets from specific hashtags and accounts.

It is also important to note that some of the instances and cases featured on the database were directly reported to IPI by the targeted journalists, including via our secure platform (described below).

In a second stage, our researchers processed and categorised each of the instances that we were able to collect. We have so far been able to collect 674 instances of attacks that fit to the categories we developed. This represents a solid data sample that, in addition to providing a snapshot of the phenomenon of online harassment in Turkey, will also be used to develop a machine learning-based algorithm that will automate the collection of threats on various social media platforms.

Why is this project important?

In providing systematic data on the scope of online harassment, the means used to perpetrate digital attacks and the context most prone to trigger online mobs, the OnTheLine Database is a unique and important tool for journalists, researchers, authorities and regulators interested in better understanding and combating this phenomenon.

The OnTheLine Database is part of a broader effort

The collection of data is part of a broader effort by IPI to fight the effects of online harassment on journalists, including self-censorship and psychological trauma.

Together with different partners, IPI will use these data to create guidelines for media houses and journalist unions for responding to cases of online harassment, including how to report threats to the police and how to cope with psychological effects. Related reports, analytical features and recommendations are regularly published under the menu tab “Articles”.

In addition, as part of the Online project, IPI provides a secure portal for journalists to anonymously report online attacks. This portal can be accessed by clicking on the menu button “Report”.

Through our partnerships with the Digital Defenders Partnership of the Dutch non-profit Hivos and with the Media Legal Defence Initiative, we can provide digital emergency response and legal counsel on a case-by-case basis.

Organised social media attacks on journalists are not limited to Turkey. We’ve begun implementing the OnTheLine in Austria and Hungary, where we are exploring the issue in the context of a fraught presidential re-run election in Austria and a controversial referendum on EU immigration policies in Hungary, both took place on October 2, 2016. New data will be added to the website as the processing of instances in these two countries moves forward.